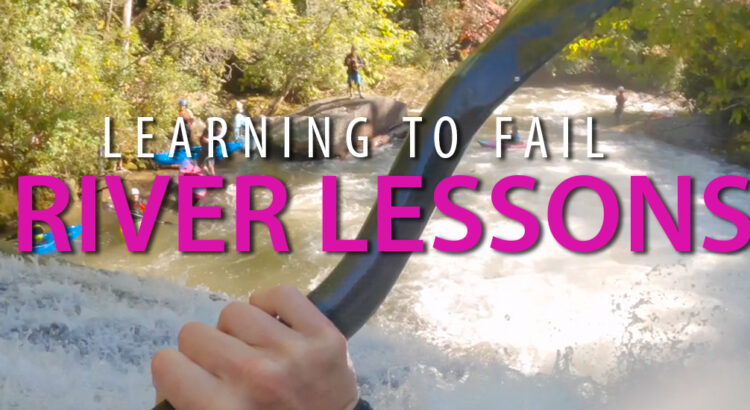 I was finally able to cross one river off my bucket list: Overflow. It’s been a long time coming. It’s been on my bucket list for probably over 5 years. I just never had the right crew or the right circumstances. At least that is what I always told myself.

This past weekend things seemed to line up. Or so I thought. I was communicating with someone the night before trying to get all the beta I could about levels and the likelihood it would be at a good first-time level. Waking up the next morning the first thing I checked was that gauge and if I am being honest I thought “Oh crap, it’s likely perfect.” I say it like that because for me this is at the higher end of my ability. Be that my skill or my head game, I don’t really want to do many rivers harder than Overflow. Not currently anyway.

I wanted to bail but pulled the trigger, loaded my kayak and gear and jumped in the van. 45 minutes later I was at the takeout. I was told 2-3 others would be in the crew. As I walked across the bridge to where more cars were parked, I realized there were far more than 2-3 others standing there. This would be a crew of 8. My absolute worst situation. I hate big crews. Even on a familiar run, this would induce anxiety for me. Yes, I could have said thanks, but no thanks, but I had already told myself I was running it. It was game on.

As we drove up to the put-in I was doing all I could do to keep from freaking out. I likely spoke a lot in that car! As we were about to head down to the river, a truck comes flying up and asked if they could join. What I thought would be 3-4 people, became 9. Not the dynamics I was hoping for but whatever (I am going to write another post regarding this topic).

I had good people in this crew. Folks that probably know this run better than anyone else. I had only ever paddled with 2 of these folks before and I really wanted at least one of my homegirls with me but that just wasn’t the case. As I slid off the put-in rock and into the water I wondered what I had gotten myself into.

I could not seem to let go of that thought. I had not watched many videos on this run and what I did watch indicated it was big and had caves. Caves scare the crap out of me and for what I believe is a very valid reason: this is how Jen died. Just writing that sentence brings a flood of emotions.

Let me give you the quick and dirty of how my run went. I was served multiple slices of humble pie. Not only did a swim, but I swam twice.

It’s been a really long time since I have accomplished that. It’s also been a long time since I felt like the weakest link in the crew and I say that with humility. I also was not paddling with confidence. That too isn’t a common feeling for me.

All this was completely in my head. I have the skills for this river. It probably isn’t as big as I think. Everything seems big the first time you run a river. I was not the weakest link of the crew but my thoughts manifested to where I really was the weakest link. I like paddling with a familiar crew and over the last few months, I have needed to branch out for various reasons. This is uncomfortable for me.

I fully plan to study my GoPro from the day, watch many more videos of this run and get back out there. I will do a better job of paddling with some of these Overflow locals so not only can I learn their style but they can learn mine. My last couple of swims all came to fruition standing on the river bank. I don’t like being upside down smashed up against a wall (I mean, who does?). I have a weak offside roll and when the wall is on my right, I tend to attempt a roll or two and then bail. I don’t switch to my offside. I vocalized this out loud at this very moment I realized it and a 16-year male responded, “Maybe you need to do more splats?” and I just looked at him and told him I thought he was right. I fully plan to do just this and purposely flip upside down, let myself float into big boulders so I can start to train myself to go to an offside roll. Under safe circumstances of course.

Every day we can learn from our mistakes if we allow it. Upon getting off the river and driving home I almost felt foolish for my head game because that isn’t typical for me. Writing this I know I have nothing to feel foolish about because diving into the lessons the river wanted to give me, I have learned that I still have raw emotions surrounding Jen’s death. I’ve avoided runs that have caves. This is likely the first time I have knowingly gone to a river that had multiple caves and I bet if you talk to anyone that was part of this crew, the question I kept asking was “If I get in the cave, what is my plan? Do I wait for help or can I paddle out?”

What we do is dangerous. We don’t fully realize the dangers until the river takes someone that is close to us. What we don’t tend to talk about is how when the river does take one of our homies, how it forever changes you. I think about Jen on almost every kayak run I do. I do this with a light heart though and a smile. I love this sport and so did Jen. The river just gave me one of the best counseling sessions I could ever ask for and I didn’t even fully realize it until sitting down to write this post. I’ll take my “failures” that were had on Overflow, unpack them, learn from them and I will be a little bit better off because of it.

Here is a video that I threw together from my goPro. I kept it long for educational purposes as I think the beta given to me during my PFD could be helpful to others (big thanks to Brian Jacobson and Steve Yook). I also show my swims. This too hopefully will help others. Cheers and happy paddling!