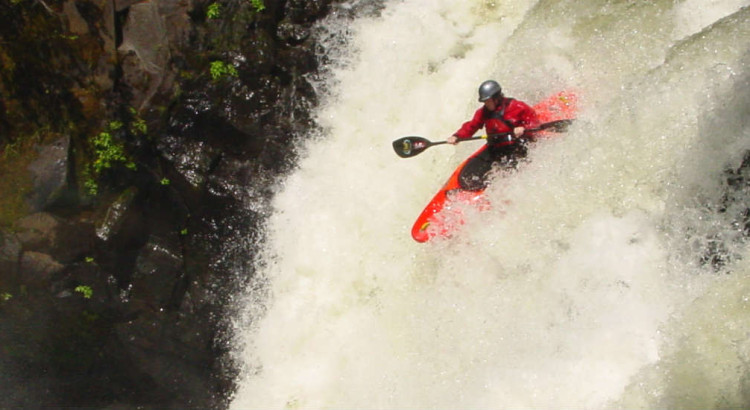 Day 3 of Washington Boating: The Green Truss. If I would not have been on vacation, I would not have gotten in my boat on this day nor would have Becca. We were exhausted, our bodies were sore and tired and needed at least a day off. But we had the invite to go with a great crew to the Truss and I didn’t want to pass it up. Do you ever just wake up, head to the river and know you could be in for trouble? That was me.

The putin; It’s a little bit of work to get your boats down, but this crew had it dialed in and it wasn’t bad. We were told to probably put our drysuits on and I am glad we did. More on that later. Every rapid I was nervous just because I was not feeling solid. Nate Herbeck led us down and gave great beta. We arrived at Big Brother and there wasn’t even a question for me on this day. Given a day where I was focused and solid, I probably would have taken a look at this harder.

It was still great to be on the side when three members of the crew fired it up. Nate actually ran it twice. To bad I didn’t have my camera with me on this day. I put in below and ran Little Brother. Check. Next up, Double Drop. My crew was not about any of us looking at this, so I blindly ran it. Hair dry. Check. Next rapid I remember coming to I didn’t know the name of before I ran it, but I did after. I didn’t follow Nate’s advice and instead, I decided to run into the wall and throw my hands into it. Now I know, this is called Cheesegrater for a reason!

Now we get to Zigzag and I really wished I would have read this from awa.org before putting on this river: “Zigzag conists of two long rapids, Upper Zigzag and Lower Zigzag both of which are approximately 200 yards long and require you to run a challenging gauntlet of ledges and holes. They are the type of rapids where it’s difficult to offer any assistance so you’re pretty much on your own until you get to the recovery pool at the bottom. You can scout Upper Zigzag from river right.”

I had no idea a scout was possible and yep, you are on your own. In short, I certainly messed this one up. To far left, puts you in a hole and at that point, I don’t have a clue what happened to me other than I was upside down, just waiting to try and set up for a roll. Wasn’t happening. Way to much shit going on in there. I had to bail. And I wasn’t the only one in there. We had two swims in the same rapid! Luckily for me, Nate got my boat and paddle. For the other swimmer, not so lucky. Her boated got jammed in the river wide log jam at the bottom of lower zig zag. This is where that drysuit really came in handy because the second half of this run there is water running in and it gets cold!

I know I said I would try to make this short…sorry! To shorten it, we got the boat, everyone was safe and I still had a huge ass smile on my face by the end. I would definitely like to head back out on this run given the opportunity. Although that portage around lower zigzag was a beast!

The next day, we took OFF! I did absolutely nothing, Becca got in her berry picking and we gave our bodies a little bit of a rest. Not much though. The following day we met Heather and just the three of us ran Lower Wind again. Had a fantastic day out there enjoying some warmer water. The intention was to have already left for the Boise area, but we were just having to much fun. We woke up the next morning and thanks to good ‘ol facebook, I met up with someone I hadn’t paddled with since my Southern California days, roughly 7 years ago. Just 4 chics hit up the Orletta section before crawling back into the Element to make the drive to McCall, Idaho.

I will definitely make my way back to this part of the country. This trip is turning out amazing!